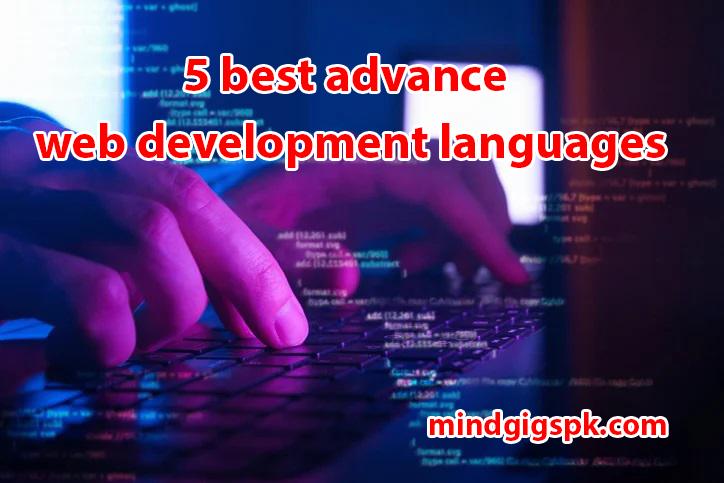 This is one of the most in-demand programming languages for app development. It’s a complex language to master, but with its power and object-oriented features it helps build powerful enterprise systems, Android apps, and websites. Java is also among Oracle’s strongest assets and an easy choice for long-term growth opportunities at multiple companies. C#: Microsoft’s C# (pronounced C
sharp) programming language was designed for building many types of apps— including apps that run on mobile devices, websites, desktop applications, games, and even distributed computing infrastructures such as Hadoop clusters and cloud services. The language itself is streamlined to help developers learn quickly while having plenty of additional capabilities at their disposal when they need them.

Python is a very useful programming language that can help you create and develop amazing web applications. It is a versatile programming language, and it is free to use! Python was designed for simple, quick code making, and its syntax looks similar to writing in plain English. It has built-in data structures that make it easy to write complex logic without having to worry about memory management or performance issues. For these reasons, along with Python’s simple but powerful libraries and super community of users and developers—it’s often regarded as one of the best programming languages out there today.

A must-have for any serious programmer, PHP is also one of the most widely used scripting languages in existence. With every passing year, its functionality and flexibility seems to increase. If you don’t want to invest your time learning a new programming language. Consider learning PHP or adding it to your repertoire. It will help broaden your skill set and open doors that may not have existed
otherwise. Plus, it’s free

Today, Node.js is one of my favorite web frameworks to use for building out API endpoints and microservices. It’s very popular in enterprise settings because it can be used to build highly scalable services. Quickly using JavaScript on both frontend and backend (but Node also supports other programming languages like Java, Python, Ruby and Go). Not only does it work well as a standalone API server, but it also works well when you combine it with a database like MongoDB or PostgreSQL on your local machine or on an Amazon EC2 instance. If you need more CPU power. I’ve written dozens of APIs in Node, and there are some exciting things to come. That will further allow us to leverage its strengths as a fast data processing engine.5 best advance web development languages

First released in 2004, Ruby on Rails (RoR) is a software framework for creating dynamic websites using the Ruby programming language. Due to its design and style, it can be used to build practically any type of website. The RoR community is also extensive, which means it’s easy to find help if you run into issues or need support. This is a great option for beginners and advanced developers alike. It has been called one of the most productive, elegant and powerful environments available by Stack Overflow founder Joel Spolsky.

this article is published on Best software house in Peshawar

Web development course in Peshawar, Pakistan In the information technology field, the most emerging and in-demand side is Web Development after learning basic knowledge in university like c, c++, and java the student is aware of Programming after that they take an interest to learn to program. and for every software engineer, the first step […]

Factors That Contribute to Business Success

No comments to show.